Orava castle is one of the most beautiful and most visited tourist attractions in the north of Slovakia. Thousands of tourists come to see the landmark per annum. It lies on the river Orava 520 meters above sea level. The castle was gradually built after Tartar invasion from the middle of the 13th to the 17th century. The building complex of the upper, middle and lower castle occupies three castle rock terraces. The fort of the castle was so good that the castle has never been conquered. The last person who occupied the castle was a rich hungarian magnate Juraj Thurzo. He lived here between 1556 – 1611. His family belonged to one of the most richest at that time. In 1800 the castle was destroyed by great fire. The entire reconstruction took place much later after the 2nd World War. Nowadays there is a museum with archaelogical exhibition, collection of golden and silver coins, natural exposure representing flora and fauna of Orava region, exhibition of folk customs, clothing and instruments. Its interesting shape and internal structures are attractive not only to visitors but also to film producers for shooting historical films. 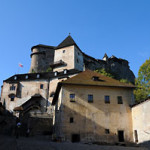 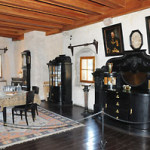 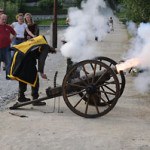